With the help of recreational fishers, OzFish is working to restore seagrass habitat in Cockburn Sound, Western Australia.

For the second consecutive year, hundreds of recreational fishers and community members in Western Australia will be taking part in the Seeds For Snapper project this November to restore the lost seagrass of Cockburn Sound and help our fish habitat.

The trial project was first implemented in 2018 in partnership with OzFish and the University of Western Australia – Oceans Institute and community members from the Cockburn Power Boat Club. Community volunteers including drivers and fishers collected floating seagrass fruit for processing on-shore which were placed in tanks with circulating seawater to separate the seed before they were dispersed in a predetermined location.

OzFish Unlimited is set to ramp up the Seeds for Snapper Project this November and are currently looking to recruit volunteers to get involved. Volunteers are needed to support the collection of fruit, processing of seed and dispersal. It is hoped that 1 million seeds can be processed, potentially restoring 10,000 m2 (1 Ha) of lost Seagrass habitat per year for the next three years.

As a volunteer, you will be trained in fruit collection, seed processing, digital record keeping and operational safety. The main activities will be occurring at the Cockburn Power Boat Club. Community volunteers are required to register below to be involved.

REGISTER TO BE A VOLUNTEER

As part of the Cockburn Power Boat Club Open Day, OzFish will be also having a family Seeding Day where the public can help disperse the Seagrass seeds in a location offshore. This is a free family event with entertainment, displays and an opportunity to support our local fish habitat and try out boating.

If you’d like to hear more about the project contact Andrew Matthews on 0449 059 912 or email andrewmatthews@ozfish.org.au. The ‘Seeds for Snapper’ project would not be possible without the support of our major partners the University of Western Australia, Recfishwest, Cockburn Power Boat Association and BCF – Boating Camping Fishing. 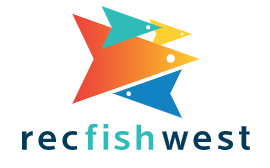